This post is part of Project 2,996, a bloggers’ tribute to the victims of September 11, 2001. I’ve been asked to write about William Wik. 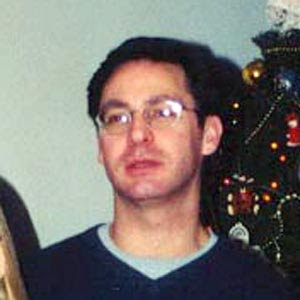 Billy Wik, 44 and his wife, Kathy, had three children, Tricia, Katie, and Danny. He worked for Aon Corp. as assistant director for risk management services.

“I met Billy when he first started dating his now wife Kathleen, who is my friend Pat’s sister. It was St. Patrick’s Day and I thought, ‘boy, Kathleen got herself a cutie, blue eyes, dark hair and so handsome, even if he doesn’t know how to dress.’ He had on a beautiful Irish knit sweather inside out.” — Andrea Fanelli

“To me, Bill was not only a gentle man, he was a gentleman. He was a dedicated worker. Although I am quite an early bird, Bill always beat me to work. He was the first person to greet me in the morning and the last one to do so at night. Even when I worked until 7.00 P.M. some nights, I was never afraid to be alone because I knew Bill was next door and I could count on him. Many nights we took Metro North home together as we were just two stops apart. I recall fondly in July I stopped by his office to chat. Bill told me that Kathy and the kids were in NC on vacation and although this gave him time to catch up on projects he had started and never completed, he missed them terribly. He said one of his big challenges was to do the laundry.” — Glenda Alvarez

“I know of very few people, who could speak with the eloquence, style and grace which Bill brought to the table.” — Brian Cohen

“He was the epitome of a gentleman and always spoke proudly of his family.” — Linda Grace Pohorence

When the first hijacked plane struck the north tower of the World Trade Center on September 11, 2001, Billy Wik was in a meeting of the 92nd floor of the south tower. He saw the plane hit the other tower from a window and called his wife, Kathy. She told him to get out. He told her, “No, I can’t do that, there are still people here.”

After the tower collapsed, his body was found in a pocket of rubble along with the bodies of five firefighters. He was wearing work gloves and a mask and had a police radio in one hand and a firefighters’ flashlight in the other. Officials believe he was assisting rescue workers and helping to evacuate tower 2.