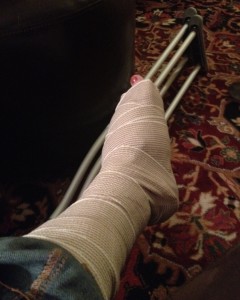 So that impending flood of posts I announced?

Apparently this kind of thing is a much bigger deal than I ever realized; there was a stretcher, an ambulance, an IV, and now there’s about to be Percocet.

So we’ll have to see about that flood…