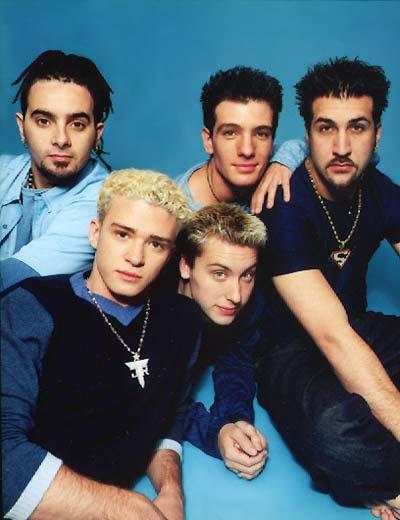 Remember the reader who was working for a boy band fan site and was wondering whether to include it on her resume, or whether it was too embarrassing? Here’s her update:

I actually have really exciting news to update everyone on after writing in about whether or not I should include my work for an *NSYNC fan site on my resume — IT GOT ME A JOB!  I put in my two weeks notice at my current position on Monday and am really excited for my next venture. I’m not going to go so far as to say it’s my dream job, but it sure as heck sounds like it.

I know my experience running Still *NSYNC isn’t the ONLY reason I was hired. I cannot even express how important networking is in job searching situations. I’m an incredibly introverted person and it takes everything I have in me to walk up to someone I’ve never met before and introduce myself or to email anyone out of the blue to ask for an informational phone call even if I have an alumni or personal connection to them. But I was at a conference in April and the director of the department I’m going to be working for was there and I somehow worked up the courage to introduce myself. We’ve been talking ever since and they basically created my new position for me!

In terms of the *NSYNC fan site, I want to thank everyone for their advice about putting it on my resume. It’s difficult to sit back and see it for the experience that it really is. I’m still growing the site hand over fist with some new initiatives to involve the fans and it only took a commenter pointing out that that’s fairly impressive for a fan site revolving around a boy band that hasn’t appeared together publicly in 11 years. Though I have to admit, Justin Timberlake and Jessica Biel have helped out a ton with the site visits by getting married and all.

You provide an invaluable community here, Alison! I lead all of my interns to your site to learn and grow in their job searches. Thank you!