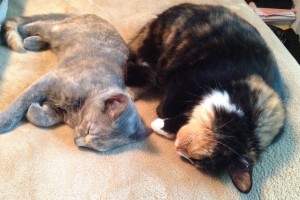 Book Recommendation of the Week: The City & The City, by China Miéville. It’s ostensibly a detective story, but it’s really about two cities that exist in the same space. It’s a little noir and a little fantasy, neither of which is my usual reading, but I really loved it.