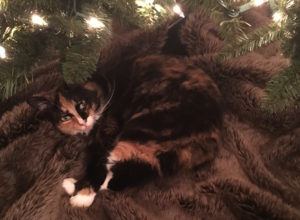 Recommendation of the week:  A reader has requested the rum ball recipe I mentioned way back in 2011, so I’m hereby presenting it instead of a book recommendation this week. This is actually my mom’s recipe, but I came up with the brilliant modification of doubling the rum. Note that if you do that, it makes a moister (and, uh, stronger tasting) rum ball than you may be used to, but I think it’s an improvement.