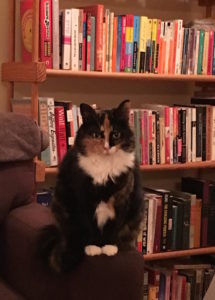 Recommendation of the week: How to Talk to a Widower, by Jonathan Topper. A commenter here recommended it after I mentioned how much I like another novel by the author, and it manages to be both sad and funny, which is a feat that I love. It’s about a 29-year-old widower, his dysfunctional family, and his climb back to life.