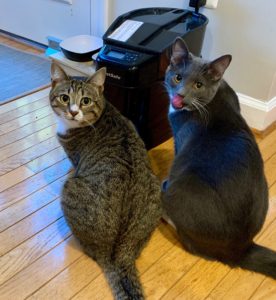 Book recommendation of the week: Mrs. Palfrey at the Claremont, by Elizabeth Taylor. An older woman moves into the Claremont Hotel and befriends a young writer who agrees to pose as her grandson. There’s dark humor in it, but it’s more poignant than funny.