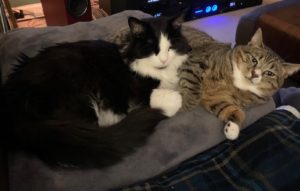 Book recommendation of the week: Perfect Little World, by Kevin Wilson. An 18-year-old sleeps with her teacher, gets pregnant, and becomes part of a scientific project studying what happens when 10 families raise their children collectively. It turns out that planned utopias have as much dysfunction as anywhere else. (He also wrote the wonderful Nothing to See Here.)

* I make a commission if you use those Amazon links.