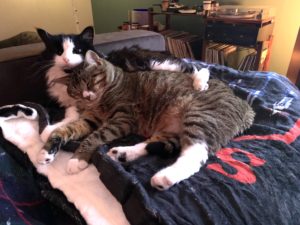 Book recommendation of the week: Family and Other Accidents, by Shari Goldhagen. It follows two brothers left on their own after their parents die, and their relationships with the women in their lives over decades. I loved it, although be warned there’s a jarring number of sex scenes that, to me, felt oddly discordant with the rest of the book.