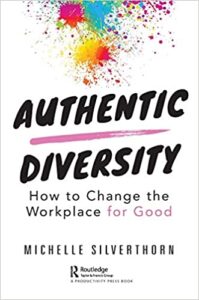 Last week we talked about how companies can build more racially equitable workplaces — including an excerpt from Authentic Diversity: How to Change the Workplace for Good and an interview with the book’s author, Michelle Silverthorn.

Michelle and her publisher are giving away two copies of the audiobook version of the book to Ask a Manager readers.

To enter to win a free copy: Share in the comments one commitment you are making as an individual or as part of your company to advance racial justice.

Giveaway rules: Two winners will be selected at random. All entries must be posted below by Friday, February 5, at 11:59 p.m. ET. To win, you must fill out the email address section of the comment form so I can contact you if you win.

* I make a commission if you use that link.