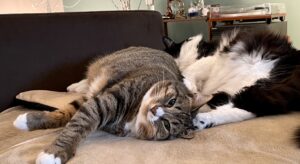 Book recommendation of the week: Love Marriage, by Monica Ali. An engaged couple each struggle with their own demons, their families, and each other.