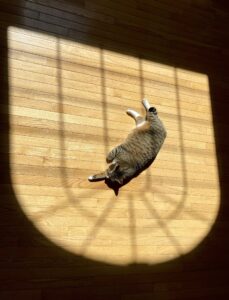 Book recommendation of the week: The Very Secret Society of Irregular Witches, by Sangu Mandanna, about a nanny to three young witches who must question the witching rules she grew up with. Cozy in a way that reminded me of The House in the Cerulean Sea. Highly recommended.