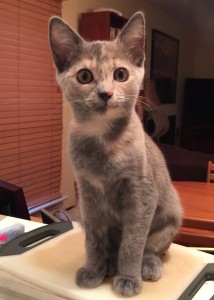 . It’s not a book; it’s a short and hilarious musical from Joss Whedon (of Buffy fame), starring Neil Patrick Harris as the evil yet lovesick villain and the fantastic Nathan Fillion (of Firefly) as the self-absorbed hero Captain Hammer. It is awesome.