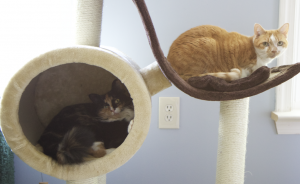 , by Emily St. John Mandel. 20 years after a virus wiped out much of civilization, a small troupe of actors and musicians travels around what remains, with the motto “because survival is insufficient.” It’s full of flashbacks and characters who will haunt you, and there’s a comic book and a space station and it’s beautifully written.