Book recommendation of the week: Reading Behind Bars: A True Story of Literature, Law, and Life as a Prison Librarian, by Jill Grunenwald. A while back I did an interview with commenter Oryx about her time working as a prison librarian, and this is her book — with far more details about the experience. It’s fascinating. 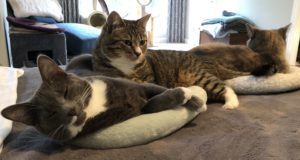