This is Humphrey, our new foster cat. He was found crying in a parking lot on a freezing cold day. He’s clearly used to being an indoor cat but his family could not be found, so we are fostering him until someone adopts him. He is an older, sedate gentleman with a strong interest in napping and windows, and he has markings on one side like a cow. 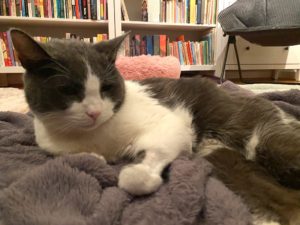 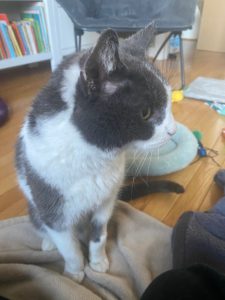