This has been a very difficult week for me. Right now, thankfully, we’re still being allowed to work from home if we choose. I’m the only black person on my team and the only non-white person on my team, and in every meeting this week I’ve just felt as if there’s this massive elephant in the room while we’re on these video calls. I’ve been doing my best to maintain my composure and keep working, because there is work to get done. On Monday, one of my teammates did reach out to ask me how I’m doing and I responded honestly that I’m not doing well.

What concerned me, at least in the beginning of the week, is that neither my boss nor my grandboss have reached out to me. I’m struggling with whether I should have any expectations of them in this situation. In a follow-up conversation I had with my teammate on Tuesday, she said that apparently it is against a company policy for my management to reach out to me because that would give the impression that I’m being singled out. Frankly, I feel like this is bad policy. I don’t see any harm in a manager, whose job is to take care of the humans on their team, to reach out to a direct report who may be struggling.

I’d be interested to know what you think of this “policy.” I put that in quotes as I don’t know that this is written down somewhere, but it is what I’ve heard, and seems to make sense given that it’s Thursday, and I haven’t had a direct conversation with my manager all week. Also, what kind of expectations should I reasonably have of my employer right now? As the only POC on my team, I just feel so exposed right now. We don’t have any sort of employee affinity groups at the company, so there isn’t a network to lean into. I’ll be asking next week if we can lean into the affinity groups at our parent company, since we do work closely with them.

I’m so sorry. It’s true that generally companies want to ensure that managers don’t treat people differently because of their race because they want to avoid discrimination and harassment, but that applies to things like who gets what feedback/opportunities/access, how assignments are made, and how people are treated on a day-to-day basis. That’s obviously a very partial list, but it doesn’t apply to things like checking in on black employees during a time of incredible pain and trauma.

It’s possible your colleague misunderstood the “policy,” but even if she has, that doesn’t change the fact that no one else has acknowledged the situation to you or checked on how you’re doing.

Ideally your manager would check in with you, acknowledge what’s happening, and ask how she can support you — ideally sharing some options (like pushing back things you don’t have the energy for right now, or offering some time off) so you don’t have to guess at what’s possible.

Sometimes people don’t do that because they feel awkward acknowledging race at work at all … which is a hugely privileged position to be in, as people of color can’t avoid dealing with issues of race all the time.

Sometimes they don’t do it because they’re worried they’ll approach it wrong and make things worse. Sometimes they’re right about that, especially if they don’t already have a trusting relationship with you and if they haven’t already demonstrated a commitment to anti-racism.

But that’s what should be happening.

I’m sorry that you’re being treated as if it’s as business as usual. It not, and it shouldn’t be.

Here are some resources for people who want to know how to help (repeated from earlier this week for anyone who missed them):

To White Organizational Leaders, Silence is Violence: Here’s What You Should Do Now

Ways Companies Can Act (a thread)

75 Things White People Can Do for Racial Justice

How to Support the Struggle Against Police Brutality

Where to Donate Your Money and Time to Help Protesters 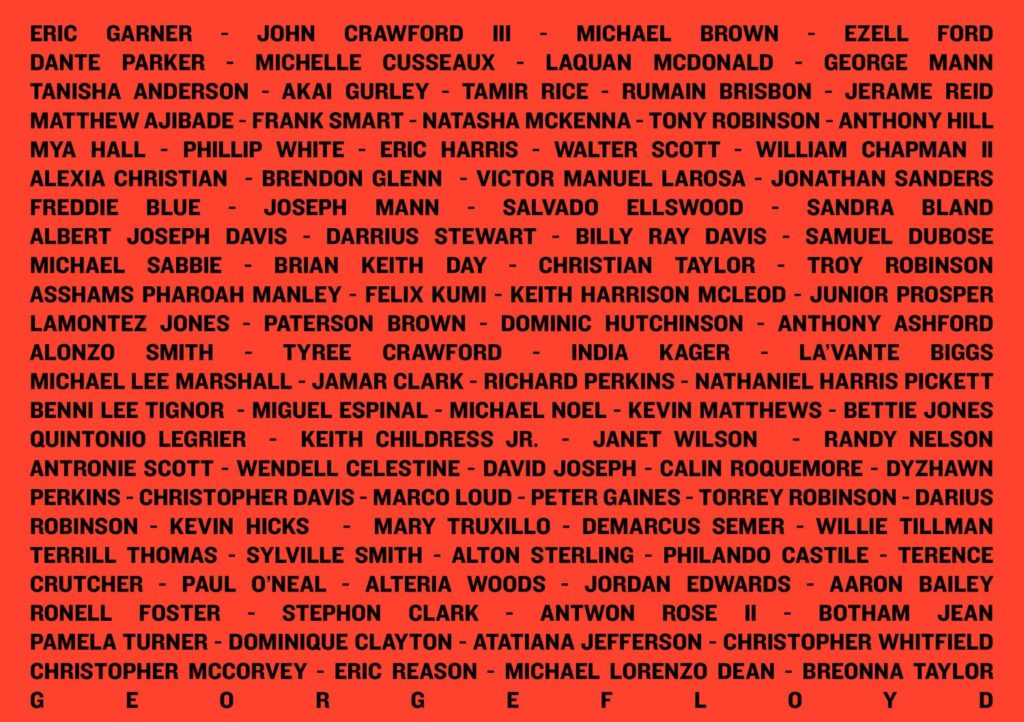