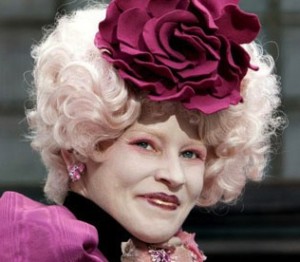 For the most part, I’m pretty conservative. Lately, I’ve had the urge to experiment a bit with my hair. When I was hired at my current job, it was shoulder-length and brown. A few months ago, I cut it fairly short and colored it red (auburn red, not, you know, clown red). Last week I cut it again, shorter than the first time, and colored it dusty blonde. I always wear little to no makeup and mild jewelry.

My supervisor spoke to me after this latest cut and said that she’s concerned about the changes. At first, she said a few vague things about the dress code, but couldn’t cite any specific language that applied to me. (I checked and all it says is no visible tattoos or unusual piercings, plus our uniform, which I always wear). But the supervisor claimed I was not being professional and our customers would be upset by the change.

This is a retail job and it’s not like I plan to be here forever anyway. And I hardly think the customers are upset; a lot have even complimented me. But I wonder if you agree that it’s unprofessional to make changes in your appearance. I could see if I showed up with Effie Trinket hair and Goth makeup, but I never would have thought that coloring my hair a standard color or changing the length would cause a problem. If I decided to change my look again later when I’m working in an office setting, would it really be seen as improper?

It’s not unprofessional. As long as you’re staying with colors found in nature, and hairstyles reasonably within the mainstream, changing it really isn’t unprofessional, and I’d love to hear more about your manager’s reasoning. It actually sounds like it’s the frequency of the changes that she objects to, and not the changes themselves, but I can’t come up with a good defense of her position. (Can anyone else? I’d be interested in hearing this argued.)

That said, as your manager, she’s allowed to make silly judgments like this, and you have to decide if you’re willing to comply with them or risk your job by ignoring them.

P.S. Also, I’m jealous. I never experiment with my hair and want to.