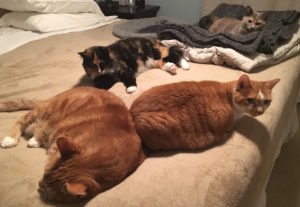 Recommendation of the week: The Miseducation of Cameron Post, by Emily Danforth.  Curtis Sittenfeld (who is also excellent!) described this as “if Holden Caulfield had been a gay girl from Montana, this is the story he might have told,” and that seems right.