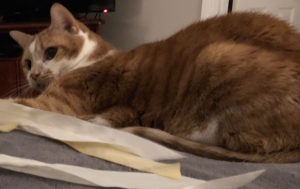 Book recommendation of the week: Then She Was Gone, by Lisa Jewell. A woman whose daughter disappeared 10 years ago ends up in a relationship with a man whose daughter looks eerily like her own, and all is not what it seems. I don’t normally read suspense because I find it so stressful, but somehow I started reading this and couldn’t put it down. (And it was stressful! But good.)