I have attached an email from our company’s president/CEO. I understand his complaint, but I don’t agree with his approach. And mind you, this was all brought about by a single employee’s actions. What is your take on this? 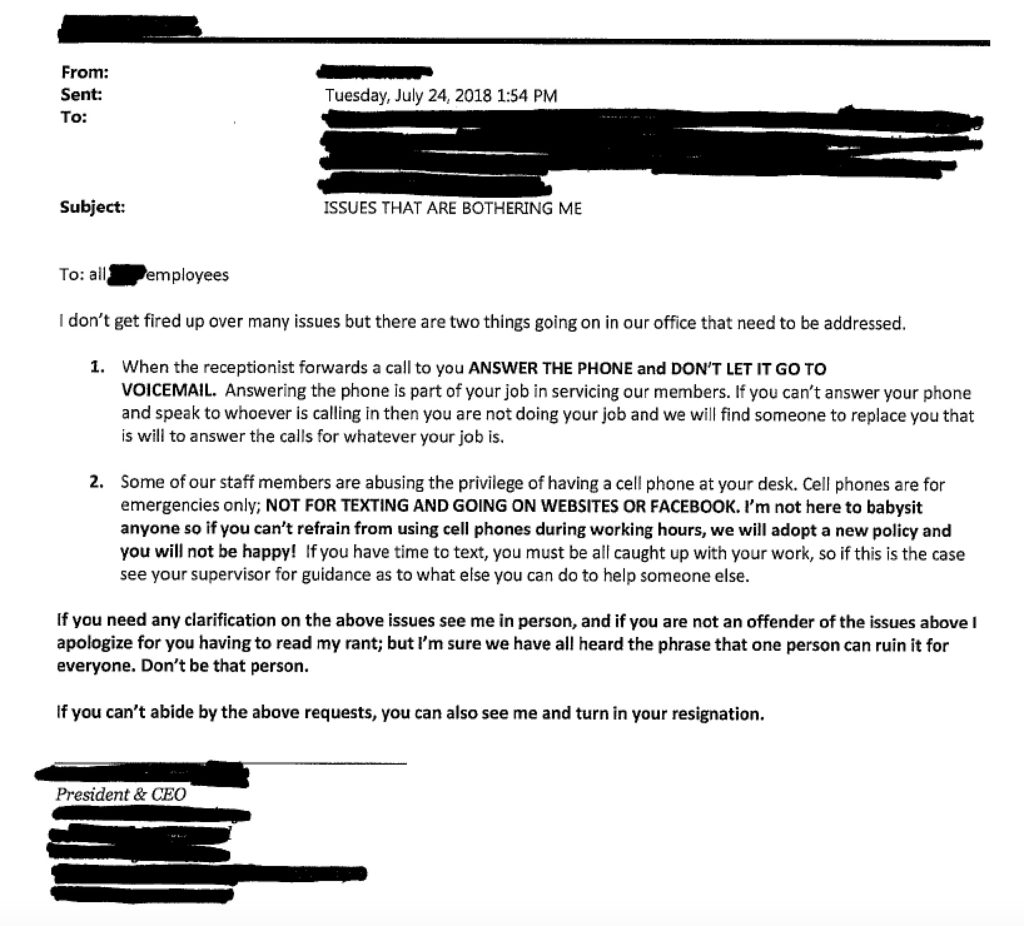 Part of me loves everything about this, from the hilariously self-centered all-caps subject line (I am going to start sending out a lot of emails headlined “ISSUES THAT ARE BOTHERING ME” now) to the multiple casual threats to people’s jobs, which he apparently believes will be highly motivating. But enjoying reading this doesn’t equate to enjoying working for this guy, so you have my sympathies.

I’m also skeptical of his claim that he doesn’t get fired up over many issues. But if that’s true, and he’s choosing to invest his firepower in people texting during the work day, that’s a troubling statement on his priorities as CEO.

This is someone who doesn’t really know how to manage (see: all-staff memos when one person is the problem, threatening people about phone and internet use instead of managing their actual output, and talking to people as if they’re serfs rather than adults who have willingly entered into a business relationship with him). Instead he’s just throwing his weight around in ways that aren’t even particularly effective.

If he is in fact the reincarnation of Tiger Mike, I will retract all my criticisms, but otherwise I am sorry to say that you are working for an ass.