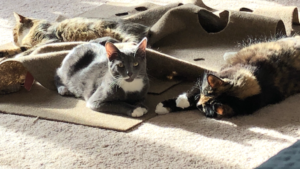 Book recommendation of the week: Daisy Jones and the Six, by Taylor Jenkins Reid — the fictitious oral history of a band in the 70s. It’s like the written version of watching a “Behind the Music” special but with more drama and more humor. I loved it.