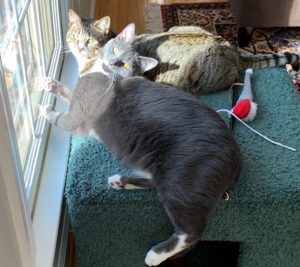 Book recommendation of the week: The View From Penthouse B, by Elinor Lipman. Two sisters, one recently widowed and one recently bankrupted by Bernie Madoff, move in together and try to figure out what’s next … as complications arise in the form of a young boarder and a paroled ex.  I keep seeing Elinor Lipman called a modern Jane Austen, and I don’t think that’s far off; she writes wonderful comedies of manners. This one is warm and cozy and funny.