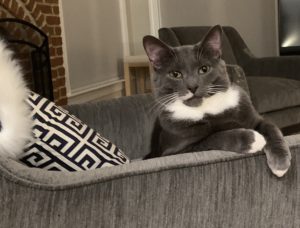 Book recommendation of the week: My Latest Grievance, by Elinor Lipman. I’m on an Elinor Lipman kick. This one is about a teenager raised on a college campus where her parents work, and what happens when her father’s glamorous first wife arrives on the scene.