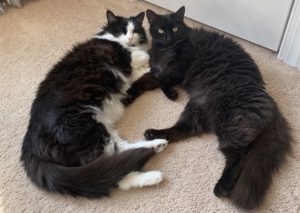 Book recommendation of the week: Pretty Things, by Janelle Brown. I’m now working my way through all her books. This one is about an influencer and a thief, their history together, and what happens when their paths cross again. It has revenge and dark plans and twists, and it will make you sympathize with people you don’t expect to sympathize with.