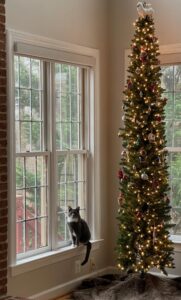 It’s not my tree, but it lives in my house.