It’s Mortification Week at Ask a Manager and all week long we’ve been revisiting ways we’ve mortified ourselves at work. Here’s the final installment — 17 more mortifying stories people have shared here over the years. 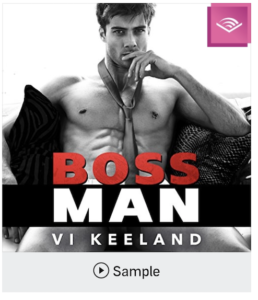 the cover in question

I work in a small department library at a university, and came in to catch up on some work while the office was closed over the holidays. The office was totally empty, but there was one other person, a graduate student (who I do not supervise), who had also, unbeknownst to me, come in to work that day. I was listening to samples of audiobooks on my headphones while I caught up on some rote work, when the student saw I was there and came to ask me a question.

As she came over, I clicked on the audio player to pause so I could hear her and she caught a glimpse of the cover of the book, which was suggestive. There was no actual nudity or anything, but the book was a romance novel, and while the content was actually rather tame, the cover was … a lot. Of course she saw, however briefly, and was visibly embarrassed. I went to find her to follow up on her question just a few minutes later, and she was gone.

I recently had an interview with a company about a position that I was excited about. I was just getting over being sick when I scheduled the interview, so I pushed it back a couple days just to be safe. On the day of the interview, I still had an intermittent cough, but overall I felt fine.

Toward the end of the interview, which was going well, I ended up having a coughing fit, with a deep dry cough that would not go away. The interviewer got up and showed me to the watercooler and told me to take my time, being very nice about it. However, I ended up coughing so hard and so deep I threw up on the floor a little bit, right in front of the interviewer. I did not know what to do, so I said something to the extent of, “Well, that just happened,” apologized, and asked where they kept the cleaning supplies. He said not to worry about it, wished me good health, and promptly showed me to the door.

When I was a receptionist at 19, I couldn’t afford a tube ticket and buses were cheap, but the commute was two buses with a walk in between and meant I had to allow about an hour and three quarters to get there, even though on a good day with smooth changes it was about 50 minutes. (On reception, 5 minutes late was like serious conversation offense.) So, I bought a cheap mountain bike off gumtree and cycled to work. They didn’t have a shower (I would just get changed in the toilet and spray some deodorant) so firstly I cannot imagine that I didn’t smell (though no one complained).

Worse, when it rained, I would hang my clothes off the radiator in the side office. After probably a month of doing this, the CEO had to politely tell my boss (office manager) that the office got used for client meetings and having wet socks on the radiator was not okay. All so obvious in hindsight…

I was interviewing for a job at a small publishing house. I was still in college and had never had an interview beyond, “Can you wait tables? Good. You’re hired.” The interviewer asked me what kind of office environment I preferred to work in. I said something like, “Oh … my dream office environment would have bean bags instead of chairs, lap desks that we could use on the floor, and office dogs to play with.” I remember there was a silence, and then the rest of the interview moved surprisingly quickly. It was on the way home that I realized that my idea of ‘office environment’ probably wasn’t what they were looking for. D’oh.”

I was only in my job for about a year when I had to present a marketing plan to all my colleagues in my department. Near the end of the presentation, I was cruising along when someone made a joke and we all laughed.  Then I farted. And everyone started to laugh as if I would laugh it off, but I didn’t. I just pretended it was my shoe squeaking. Then came the red face, the stammering speech, the rush to finish things and the long, awkward silence for the rest of the presentation.

Was informed of a stain of the back of my dress which turned out to be my butt through a ripped seam. It was an older lady who pointed it out and she wasn’t wearing her glasses. She actually poked me in the butt through the rip and said, “It’s……..uh………uh…….your buns…..it’s your butt.”

My firm had a winter party. There were still pandemic restrictions on having indoor events, so it was outside. There was an outdoor ice skating rink set up in a tent with frosted plastic walls and next to it in another tent were heaters and tables and a serving hatch where we could order food and drinks on the company tab. I decided I wanted to do some ice skating first. I didn’t realize that there was going to be a “thank you for all of your hard work” speech from one of the firm’s partners until I looked up and saw everyone else standing and listening to the partner – and watching me bumble around on ice skates behind him through the transparent wall. No one said anything but I definitely felt as if I’d missed the professionalism mark.

Not me, but my ex. He was still an undergrad at the time. His interviewer asked him if there was anything he would have done differently, and his answer was that he wished he had gone on more dates.

I was in the final interview stages for a tenure-track teaching job at a local college. I was pretty much guaranteed the job if I didn’t screw up the last interview.

I was asked why I wanted the job. I said, “It’s really close to my apartment, so if I’m out late drinking the night before I can drive to work when I’m hung over without too much trouble.”

(I didn’t get the job, but I *did* get sober about six months later.)

While I was on a phone interview about four years ago, I mistakenly left a basketball game on even though my TV was on mute. I thought I could contain myself, but during the last five minutes of the interview, something happened during the game that made me shout “WOOOOO!” into the phone. The interviewer made no remark, but I caught myself almost immediately and was mortified.

Lesson learned. Never watch sports during an interview, even with the TV on mute. Even thought I should have known better.

I was at a work party, one coworker conspicuously not drinking a beer. Someone asked her if she was pregnant, she confirmed, and they said, “What are you going to do?!”

Umm, have a baby? She was married and got pregnant on purpose (and told them so!)

At my first office job, one winter I decided to wear ugg-like boots every day. My supervisor gently pulled me aside and told me those weren’t appropriate shoes for our business-attire office. I responded, “I have to stand sometimes and these are comfortable. Either I wear the shoes I want, or I don’t do any work that involves standing.” I then sat down and refused to do any work that required me to move for rest of the day.

Back when I was first out of school I had an interview with an insurance company. It would have been a great job. The interviewer asked me something about how did I handle stress, and my answer…”heavy drinking.” I don’t even know why I said that, I’ve never been a huge drinker. I was trying to be funny I guess. Needless to say, I didn’t get the job.

Oh lord. Ok. Here goes. I’ll preface this by saying I was in my early 20s and never had anyone to mentor me about professionalism until I found this site. Which was obviously well after this incident.

Landed my “dream job” and I knew a fair amount of the people I’d be working with in a relaxed environment. It was my first day and my first team meeting. Boss introduces me to the team and mentions my connection to two of my male coworkers. For reasons I still don’t understand, I blurted out, “Nah, I don’t know these ugly bastards.” Cue the crickets and awkward silence.

Pretty sure my face is beet red just typing this. Ugggghhhh so cringe, so terrible, so bad.

I am wiser in my partner choices these days. My husband’s voicemail is, “You’ve reached (name) at (number). Please leave a message.” And he has a job. :-P

I was working as a vet tech, and we had a gorgeous exuberant bloodhound puppy come in. He was only 10 months old but already well over 100 lbs. I was weighing him for his visit, and the scale was in the lobby. He jumped up on me and somehow managed to hook his dewclaws in my waistband. The owner pulled him back, and took my pants down with him. Even better, he got my underwear too. I mooned a lobby full of clients.

When I was 18/19, I worked as a classroom helper in a very casual alternative elementary school where jeans and t-shirts were the norm. I wore a B-52’s t-shirt almost weekly for the whole year — I had seen them the summer before and picked up a t-shirt with a great illustration of Cindy Wilson in space riding a rocket ship.

On one of my last days, a parent looked at my shirt and said, “Oh my god, is she riding a penis??”

Dear reader, she was. It was a vaguely-but-intentionally-penis-shaped rocket ship and I had not noticed at all for the entire year I worked in an elementary school.