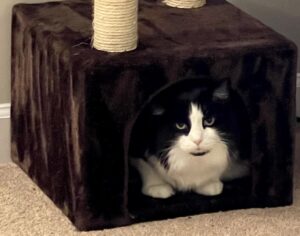 Book recommendation of the week: Ms. Demeanor, by Elinor Lipman. A lawyer is sentenced to six months of house arrest after being caught having sex on her apartment building roof … and befriends a man in her building who is similarly captive. It’s Elinor Lipman, so it’s funny and charming and you are in good hands.