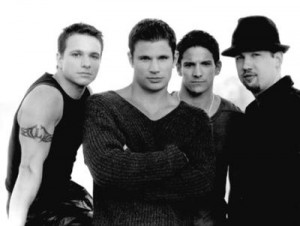 I have a question regarding job or volunteer experience that could be considered sort of embarrassing. I recently took over as a site administrator (or as the site wants to call me “webmistress” but that seems awkward and dominatrix-y to me) of a fan site for a well-known 90s boy band. It was never something I planned to do, but sort of fell into my lap as the original site creator was “retiring” and wanted someone who knew the back end of the website to take over. I was hesitant to take on another volunteer project, but in the end decided to step in when I realized that it could only help build my skills as a social media marketer and content creator.

My question is whether or not it’s appropriate to put this kind of experience on my resume. Obviously, I’m not embarrassed to like the group — how could I be if I curate news about them every day — but it’s not something that has ever come up in a professional setting before, and I don’t know how potential employers might respond. On the one hand, I feel like I’m already working against the “entitled young person” label, and drawing attention to the fact that I have a slight obsession with a boy band from the 90s might reinforce the “young and inexperienced” stereotype. On the other, I’m adding quantifiable achievements to my resume if I can announce that I’ve increased unique page views by 15% in a 2-month period or I’ve successfully run an internet event celebrating an anniversary for the group that resulted in a 50% increase in video views, 12% increase in Facebook followers and 300% increase in interaction. What are your thoughts?

Put it on there.

Second, it’s going to jump out to lots of people simply because of its novelty value and they’re going to ask you about it. As long as you have a sense of humor about it, this will be a good thing.

Third, please immediately tell us who it is.

You can read an update to this post here.