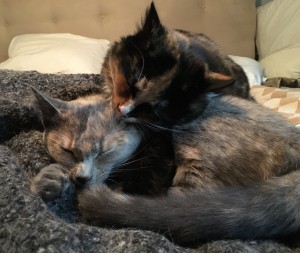 Book recommendation of the week: The Japanese Lover, by Isabel Allende. A love story between a Polish girl sent to San Francisco to escape the Holocaust and the son of a Japanese gardener who’s sent to an internment camp after Pearl Harbor. Displacement, love, aging, gardening, mysterious letters… It’s gotten mixed reviews, but I’m loving it.