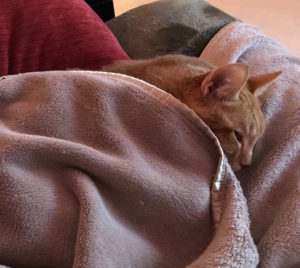 Book recommendation of the week: This Is How It Always Is, by Laurie Frankel. It’s about a family who thought they had five sons but turns out to have four sons and a daughter. It’s excellent.