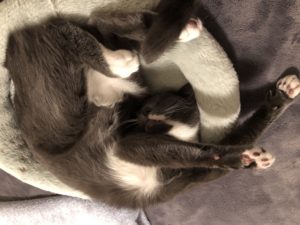 Book recommendation of the week: The Expatriates, by Janice Y. K. Lee, about three American women living in Hong Kong, and how their lives intersect in surprising ways. I sometimes find that when a story changes what character it’s following from chapter to chapter, it’s disappointing when your time with one character gets interrupted for one you’re less interested in. But you’ll be invested in and attached to all three women in this book.