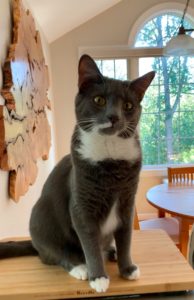 Book recommendation of the week: The Dutch House, by Ann Patchett. It’s about a brother and sister who are kicked out of their family home by their stepmother and how that reverberates over decades.