To the readers who gave me this amazing wedding gift — a book of marriage advice from “Ask a Commenter” — THANK YOU!  My fiance said it was the single most thoughtful gift he’s ever seen, and I second that.

I’m so moved by this. And I think we’re going to quote some of your advice in our ceremony. 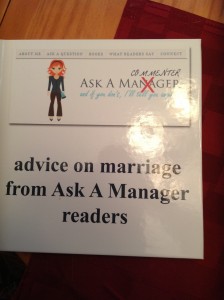 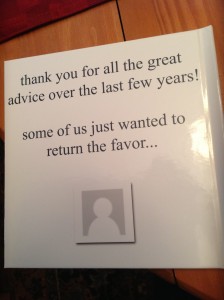 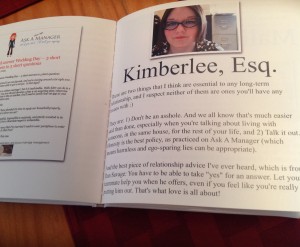