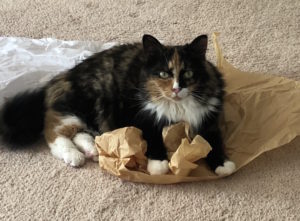 Book recommendation of the week: Hey Ladies! by Michelle Markowitz and Caroline Moss. The hilarious Hey Ladies column from The Toast is now a book! One of the ladies is getting married, and there are many, many emails to be sent and plans to be made. It’s so, so funny, and you will cringe with recognition. (And here’s a great piece about it from The Cut.)