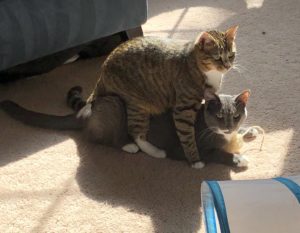 Book recommendation of the week: The Dearly Beloved, by Cara Wall. The story of two ministers leading the same church and the women who marry them. It’s more about marriage and friendship than it is about religion, but faith is a theme and a question throughout.