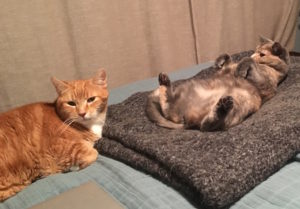 Recommendation of the week: Nicole Cliffe (of Toast fame) is writing an advice column for Elle, and it’s so good. She’s also doing Game of Thrones recaps there. Read everything here.