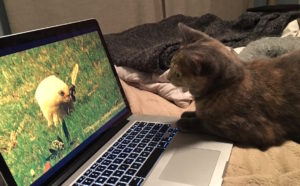 Book recommendation of the week: Harmony, by Carolyn Parkhurst, about a family who — increasingly worried about their older daughter’s behavioral issues — seek help at a cultish camp. I loved this and stayed up way too late reading it several nights in a row. It’s so good that I want to start all over from the beginning, and might.