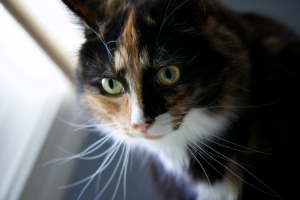 Look at my long, luxurious whiskers.

Book Recommendation of the Week: Nickel and Dimed: On (Not) Getting By in America, by Barbara Ehrenreich. This came up in the comments this week and reminded me how good it is. The author spent a year working a series of low-wage jobs (waitress, hotel maid, and household cleaning woman, among others) and wrote an insider’s account of each. It’s fascinating.