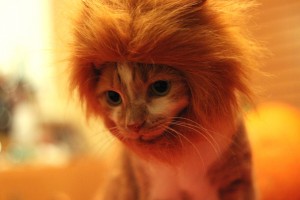 Lucy is dressing as a lion for Halloween.