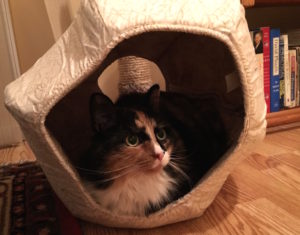 Book recommendation of the week: The Golem and the Jinni, by Helene Wecker. A woman made of clay and a man made of fire are marooned in 19th century New York. Surprising things happen. (I recommended this a couple of years ago when I first read it, but I’ve been re-reading it and it’s just as good the second time.)