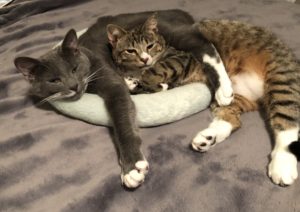 Book recommendation of the week: Normal People, by Sally Rooney. I’ve been dying for this to come out because I loved her first book so much,  and I devoured it as soon as it was released this week. It’s the story of an on-again, off-again relationship that starts in high school and continues into college, taking different forms as the two people themselves do. I actually think Conversations with Friends was better, but I will read anything Sally Rooney writes from this day until the end of days.