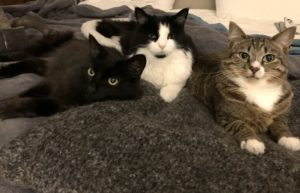 Book recommendation of the week: Before the Fall, by Noah Hawley. A man rescues a young boy after the plane they’re on goes down, and when the boy turns out to be the only surviving member of a rich and powerful family, questions are raised about what really happened on board. This is not my usual fare, but it kept me totally engrossed.