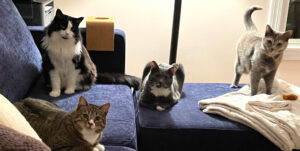 Book recommendation of the week: Good Company, by Cynthia D’Aprix Sweeney. The discovery of a wedding ring that was long believed lost reveals secrets that unsettle a marriage and a friendship.