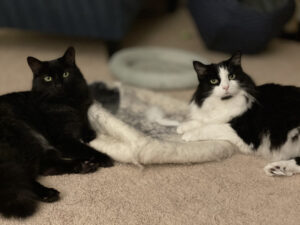 Book recommendation of the week: The Very Nice Box, by Eve Gleichman and Laura Blackett. An engineer mourning her girlfriend develops an unexpected relationship with her new boss at a trendy furniture company … who might not be who he appears. This was an unexpected pleasure and a funny skewering of corporate culture.