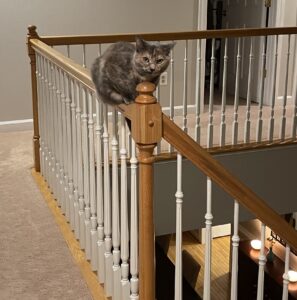 Book recommendation of the week: You Should Have Known, by Jean Hanff Korelitz. Grace Sachs is the author of a book telling women the signs of problems in their partners were there all along, if only they’d paid attention … and then discovers she hadn’t known her own husband at all.